On research and social justice

Once upon a time I was an activist. I was inspired and shaped by a class I took when I was about 20 at the University of Massachusetts. The professor was Joy James, and the class was given in the women’s studies department. It was something about african- and native american women’s autobiographies. We read books, attended theatre performances, and basically concluded that if we wanted to be revolutionary, like the women whose autobiographies we were reading, we had to give up our privileged positions. My friends, or should I say comrades, and I graduated from university, and went on the live revolutionary lives of poor activists, for a while. For a while, my life revolved around anti-poverty, anti-racist organizing. I got a job as a community organizer for a communist organization of eastern european jews over 70, I was supposed to make tuna and egg salad sandwiches for their luncheons, while also mobilizing the younger generation to join the struggle. We had a blast, for a while. But then I become disillusioned, I wasn’t convinced that organizing demonstrations was actually changing the world, I thought I might have a better chance if I worked with even younger people. I went back to school, became a primary school teacher. I talked my students about their rights, about everyone’s rights, I taught them to be nice to each other (at least I tried), to stand up for themselves, to think critically, to question. I had less time to organize demonstrations, but I still attended, often, then less often. My partner and I had a baby, and then another one, and then I got a Masters degree. While I still believed fiercely in the same ideals of social justice and revolution, I couldn’t really call myself an activist anymore. When I graduated I got a job as the pedagogical consultant at a First Nations and Inuit childcare centre. It was my responsibility to provide pedagogical support to the educators, empower the parents to advocate for their kids once they got to primary school, and to be involved in community organizing efforts. I had fun, but the job only allowed 2 weeks vacation a year, and I had long ago abandoned my dedication to sacrifice my life to the cause – in fact, I felt like I was sacrificing my children’s time, so I quit, and eventually began my phD. Now I read about research methodologies that are dedicated to social justice, and while I find the idea tempting, I have a hard time reconciling the privileged academic position with struggles for social justice. Maybe Joy James was too good a teacher http://humanities.williams.edu/files/James-Activist-Scholars-or-Radical-Subjects.pdf or maybe I am just too jaded, but I watch stuff like this: http://www.submedia.tv/stimulator/2013/03/29/decolonize-this/ and I have a hard time believing that the critical narrative research I want to do with marginalized parents is going to “give voice” to their struggles or lead to less oppressive power relations between schools and under-appreciated families. But somehow, I can’t not try…What do you think readers, am I contributing to inequity or struggling for a better society? Or both?

Readers, if you are an education student at the MA or PhD level, I would love to know where postmodern and poststructuralist philosophy are situated in your department. Where I am, these concepts seem to be at the margins most of the time. After reading Beyond Quality by Dahlberg, Moss and Pence (2007) a few years ago, I have been pretty intrigued by any research or theory that connects early childhood education to postmodern philosophy and to movements for social justice. The course I am taking on qualitative methodologies allows me to read about these theories more broadly, and most excitingly, to talk to someone other than a book (or colleagues who haven’t read these books and articles) about these theories. One of the things I have learned is that poststructuralists (at least according to my professor) don’t believe in the knowing, rationale subject, who is able to provide information on his or her experiences. However, the article I just read by Elizabeth St. Pierre (2000) suggests that the poststructuralist position is a bit more complicated than that. I have only read one article on this topic so far, but what I understand is that the poststructural subject is both an active agent who is constantly decoding and recoding her identity within “discursive formations and cultural practice” (p.504), as well as subjected to normalizing and oppressive structures and discourse. The individual subject is also capable of resistance within power relations, regardless of their social positioning.

My professor says that because he doesn’t believe in the knowing subject, he only interrogates discourses, not individuals. My problem is that I like talking to people, and I was traumatized by a research internship where I spent 135 hours all myself in the basement archives of a school board (more on that some other time). Also, documents were written by individuals, so I figure it’s the type of analysis that is important here, not whether you analyze interviews or documents. As I am situating my doctoral project within a narrative paradigm, and not poststructuralism, I was very excited to read about the defended subject in a chapter by Hollway and Jefferson (2008). According to these authors, individuals are not capable of describing their experiences as they lived them, because memory is filtered through our emotions; in particular, people tend to forget or modify experiences that cause them anxiety. This idea makes sense to me intuitively, but Hollway and Jefferson base their ideas on psychoanalytical and Gestalt theory, and propose a process of free association interviewing that they suggest allows them to bypass peoples’ unconscious defenses to get at the heart of their concerns and their stories.

I don’t know very much about psychoanalytic or Gestalt theory, but I have a sense that they wouldn’t be compatible with poststructuralism, which is ok because I am not doing poststructuralist research – I would have to take  a few years out and just read philosophy, which I would love to do eventually, but I am very excited about the narrative idea that we understand life through stories.

What do you think readers? First of all, do you have an opinion on whether talking to live humans can lead to useful research with the potential for social change, and second of all, how do you understand the subject in your research? 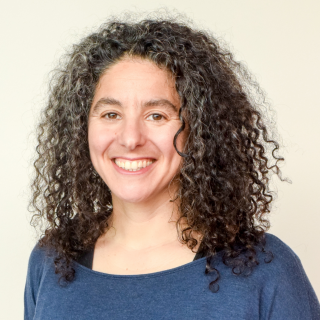